The U.S. Securities and Exchange Commission (SEC) has been constantly under criticism due to its grim attitude toward the crypto industry, depicted slightly in its reluctance to permit a spot BTC exchange-traded fund (ETF).

The news of such unwillingness on the part of the SEC has spread like fire in the various communities catering to digital currencies. Its impact has reached such an extent that a new report issued by the Digital Chamber of Commerce is blaming the SEC for torturing U.S. traders by not allowing them an investment option that is already handy in other nations, as per certain relevant reports of September 12.

More particularly, the Washington, D.C. originated advocacy community’s appeal says that the government’s securities firm think of the nation’s citizens as still under-prepared for such kind of financial option and that such an attitude is hurting traders: “It has determined that the American public cannot yet handle the responsibility of familiar, cost-effective, liquid, transparent and regulated access to the Bitcoin markets. The SEC continues to force U.S. investors who wish to invest in this transformative asset class into unregulated or foreign alternatives.”

Taking the report as the reference, the originator and CEO of the Digital Chamber of Commerce, Perianne Boring, termed it “the first comprehensive document to detail the arbitrary and capricious behavior” of the firm in relation to the spot Bitcoin ETF filings.

Marking its crucialness, she claims that: “Capturing the historical record in one place is crucial to building awareness and accountability for not only these specific denials but the Commission’s treatment of the industry as a whole. (…) A single denial may be viewed from one perspective, but when the SEC’s denials are viewed comprehensively, a pattern emerges that the agency must address or if they can’t address it, Congress should take action.”

To remind the readers, SEC has got several appeals for a spot Bitcoin ETF and has ignored every single one of them till today, mentioning that the SEC is concerned about risking market manipulation, regardless of certain Commissioners opposing this attitude. 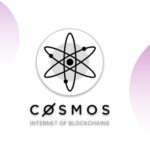